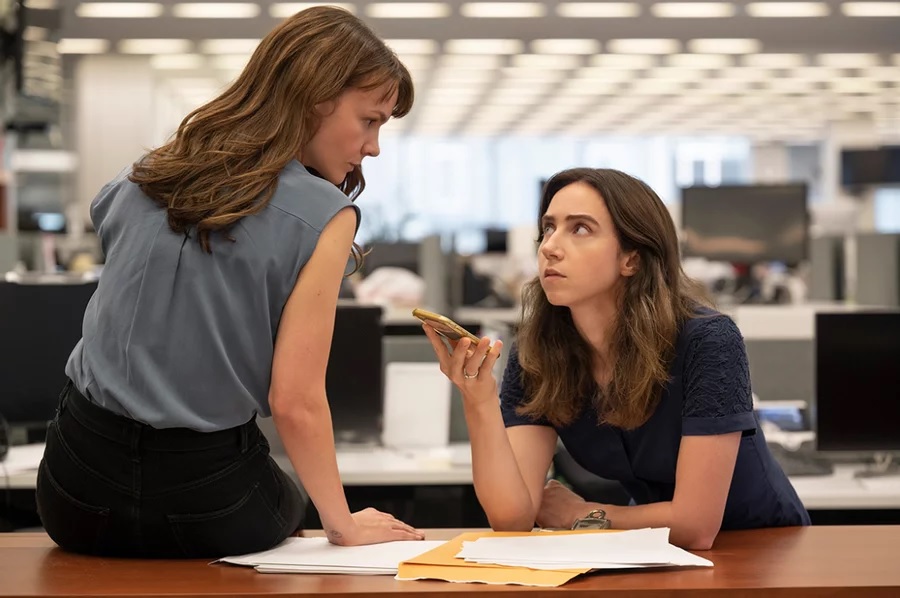 ‘She Said’ stars two time academy award nominee Carey Mulligan and Zoe Kazan stars as New York Times reporters Megan Twohey and Jodi Kantor, two investigative journalists who broke one of the most important stories of this generation about sexual violence and pivoted the #MeToo movement across the world. The movie also highlights the painstaking process of reporters and editors as they struggle to break this huge story involving the Hollywood producer Harvey Wienstein after which victims of sexual harassment shared their stories of sexual assault on social media.

‘She Said’ is an engrossing drama that starts when Megan (Carey Mulligan) is returning after a maternity leave who has just written about the sexual assault allegations against the then presidential candidate Donald Trump. She then joins another reporter Jodi Kantor (Zoe Kazan) who knows about the allegations of sexual assault and harassment against Harvey Weinstein. They begin having secret discussions with top actresses and Harvey’s former employees which unfolds long forgotten allegations against the producer, some of them have been buried by non disclosure agreements and legal settlements.

‘She Said’ largely focusses on the grind that investigative journalists go through when they are trying to break a story especially as sensitive as this in which a powerful figure is involved. The two journalists decided to focus on the women who used to work at Harvey’s company “Miramax” since some of the actresses including Rose McGowan and Gwyneth Paltrow refuse to go on record. Ashley Judd, the first person to go on record about Weinstein appears as herself who alleged that Weinstein assaulted her in a hotel room in 1997.

The movie does not show any scenes of sexual violence, nor does it show Weinstein, only his recorded voice is heard which gives an extra layer of authenticity. In some fleeting moments, he is only shown from behind.

Patricia Clarkson plays their editor Rebecca Corbett who provides them invaluable guidance as they dig deep down to uncover the vast network of people who helped silence the victims of sexual assault through coercive and legal means for years. Gradually, women who had suffered in silence for years begin coming forward confiding the horrific tales of Weinstein’s abuse. The two reporters are also facing a time crunch as they realize that Ronan Farrow is about to break the same story in “The New Yorker”.

The movie is releasing at at time when Weinstein is facing a second criminal trial and is serving a 23- year sentence from the first. Director Maria Schrader builds an atmosphere of a riveting drama and tension as the movie unfolds further leading to the historic movement effectively recreating the fear and anxiety that women faced when powerful male abusers faced no accountability.

‘She Said’ is unlike other investigative reporting such as “Spotlight” and “All the President’s Men” as it comes from a female perspective and focusses on the women and the reporters to get the truth out in the open and the usual responses to these allegations such as she is crazy, she wanted it too do not find meaning again. The movie offers a reminder as to how the #MeToo movement unfolded and whta it has accomplished since the two, Kantor and Twohey broke the story in 2017. It makes us question how these perpetrators find the courage to do these things and why the sufferers have to silence themselves and live with the guilt forever.