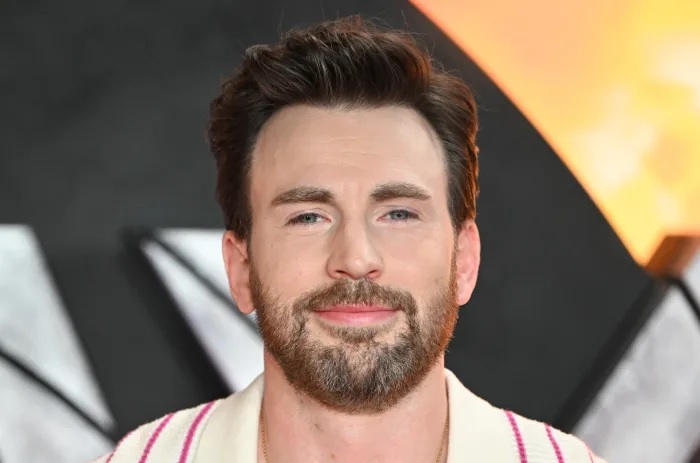 Evans Told the magazine for its cover story that “This will make my mother very happy” since she is proud of everything he does but this will give her something to brag about. He also mentioned that this will subject him to teasing by friends as he said “This will just be a point of bullying”, he joked in the interview.

Evans also told Johnson that “it means a lot coming from the former sexiest man alive” to which Johnson corrected him that “he never gave up that title” and that he is the “sexiest man alive in perpetuity”, which means for life. Evans agrees to this and the two decide to share this title.

The star also seems to be a little embarrassed while giving the interview as he says with a laugh that the whole thing seems like “a weird form of humble bragging”.

Evans, who is best known for playing the superhero Captain America in Marvel multi billion dollar franchise Avengers, Evans, seems more comfortable talking about his career which has taken a leap this decade. This year he starred in Pixar’s movie “Light Year”, Netflix’s “Gray Man” and has filmed three new movies including “Ghosted” for Apple TV which he has also co-produced.

He began his career with a role in a television series Opposite Sex in 2005. His first superhero role came as “Johnny Storm/Human torch” for the Avengers movie Fantastic Four. In 2010, Evans signed up for the role of Steve Rogers/ Captain America for the multi billion dollar franchise Avengers. He was initially skeptical about taking up this part but finally on Marvel’s persistence, he agreed and even consulted with Robert Downey Jr. The film was a critical and commercial success and Evans was praised for his confident but subtle treatment of the role.

Now in his 40s, Evans wants to concentrate on a work life balance and is giving priority to spend more time with his family in Boston. ” I’m too old to be living out of a suitcase for six months and I’ve settled into a nicer phase where I’m just happy being at home.” says the dog dad to Dodger, his boxer mix.

While this years sexiest man alive is very content with his career right now, he is also thinking about building a family that includes marriage and having kids. He says that he loves the idea of tradition and ceremony and wants to have that in his personal life since he has been a part of it since his childhood. The actor also stated that he is a much better partner now thanks to age and experience and that he is at a stage in his career where he can take his foot off the gas, take time away from industry and still find projects that will “satisfy his creative appetite.”

The Captain America star has never been married but looks ready for love and is hopeful to find the one. Previously, he was in a relationship with actress Jessica Biel but called it quits in 2006. She later married singer Justin Timberlake in 2012. Evans briefly dated actresses Minka Kelly and Dianna Agron. He was later in a relationship with Gifted costar Jenny Slate in 2016 but ended their relationship in 2017.

Currently, Evans is rumored to be dating Portuguese star Alba Baptista but neither of them have confirmed anything yet. The Sexiest Man Alive certainly wants to be more private about his personal life.