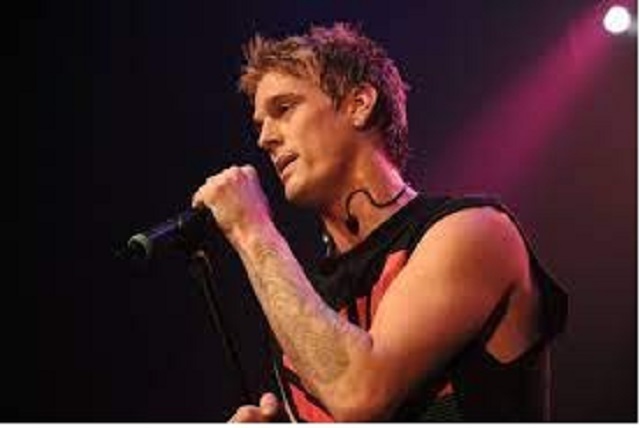 Singer and former child artist Aaron Carter, 34, passed away on Saturday, Nov 5. He was also the younger brother of Backstreet Boys Singer, Nick Carter. His family and representatives will release a statement shortly.

As per various reports, Aaron was found dead at his home in his bathtub in Lancaster, California and a call was made to 911 after which multiple Sherriff’s vehicles were surrounding Carter’s home. Presently the authorities are doing investigation and the cause of his death has not been confirmed yet.

During the last several years, Aaron faced a lot of personal problems. He publicly confirmed in 2019 that he had been diagnosed with multiple personality disorders namely, schizophrenia, bipolar disorder, anxiety and depression. Aaron also dealt with drug abuse problems due to which he checked into rehab multiple times. He had been arrested twice for charges of marijuana possession. He was malnourished and underweight and weighed just 115 pounds at 6 ft in 2017.

Aaron Carter also had a tumultuous relationship with his siblings and parents. He had made sexual allegations against his sister Leslie who died of drug overdose in 2012. Besides that, his twin sister, Angel and his brother Nick who was the Backstreet Boys singer were also granted restraining order against Aaron which further escalated the bitterness between the siblings. Aaron also made allegations against his mother Jane that she withdrew $100,000 from his bank account without his permission. He later rehired her as his manager.

Aaron Carter’s death comes at a time when less than a year ago, he welcomed a baby boy with ex- fiancée Melanie Martin. The couple split one week after the birth of their son, Prince. He and Martin had lost custody of the baby boy amid concerns about the drug abuse problems and domestic abuse. At that time, the singer informed that he had entered a rehabilitation program for regaining custody of his son.

Aaron Carter and his twin, Angel were born in Tampa, Florida on December 7, 1987 to Jane and Robert Carter. He also has a brother, Nick, who was a singer in the boy band Backstreet Boys and three sisters.

Aaron started performing at a very young age when he became the lead singer in the band “Dead End” which he later left due to some differences. At the age of 9, he released a self titled album which sold more than 9 million copies. He later made a solo appearance for the Backstreet Boys in Berlin, Germany when he san The Jets “Crush on You”. Aaron Carter ‘s first studio album “Aaron Carter” was released in 1997 which became a hit in the United States and other countries.

He made cameos on the Disney channel series Lizzie McGuire after which he started a teenage romance with the series lead Hillary Duff when they were just 13. Around the same time, he also dated Lindsay Lohan but later things off with the two. However, later, Aaron continued to Call Hillary Duff as the “love of his life” and on various occasions expressed his regret over losing her. Hillary duff married ice- hockey player Mike Comrie in 2010 whom she later divorced in 2016. She later married singer Matthew Coma in 2019. The two share two daughters born in 2018 and 2021.

Duff, 35, gave a heartfelt tribute to Aaron Carter saying and we quote “For Aaron — I’m deeply sorry that life was so hard for you and that you had to struggle in-front of the whole world, You had a charm that was absolutely effervescent … boy did my teenage self love you deeply. Sending love to your family at this time. Rest easy ♥️.”

Nick Carter and Backstreet Boys also paid tribute to him at a London concert when his brother Nick Carter broke down during the concert.

Despite making efforts to have a positive outlook in life, Aaron’s mental health issues ultimately got the best of him. He is survived by his son, Prince, parents, Jane and Robert and his siblings, Nick, angel and B.J.